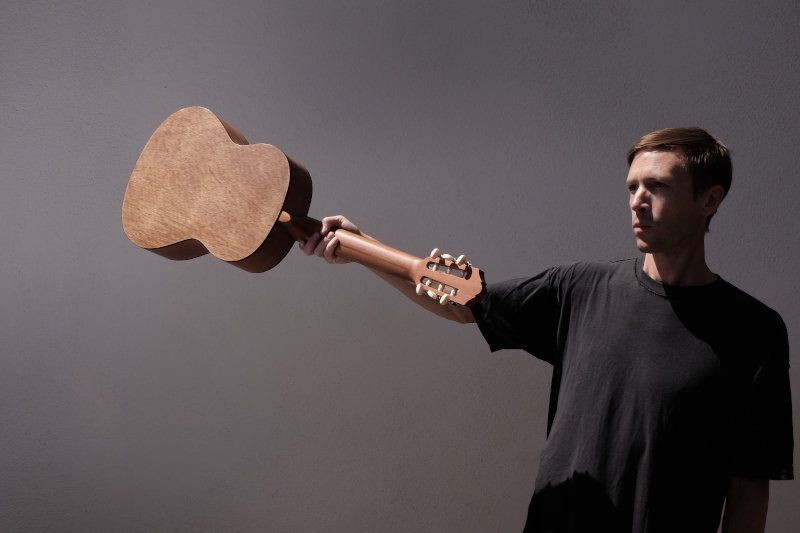 There’s a hush and contemplation that cloaks Only Magic. Teleman front man Tom Sanders’ new LP – and first under his own name - is an irresistibly charming collection of tracks, but its surface-level simplicity belies the cycle of creative construction and destruction it took for him to get there.

Following more than a decade fronting bands – most notably the leftfield guitar pop of Teleman – Only Magic is perhaps the most intimate that Sanders has ever sounded.

There is a loneliness in the record – each song is just a vocal with three or four accompanying sounds - but there’s a warmth to it too. Sanders’ vocal melodies often carry hope in spite of themselves and so it proves here too. Songs like the smudged piano backed title track and Little Human’s winding acoustic guitar are perfect examples of this, the overlaying vocals on each moving from pared down melancholia to a graceful ascending arc that offers the prospect of something brighter.

Baby All You Got is another highlight: a piano ballad punctuated by finger clicks, with Sanders’ acting both as lead and backing singer. Fluttering earworm hooks are offset by lyrics that warn against the consequences of wanting it all without considering the consequences. Without his Teleman band mates, things are a little more straight ahead and the pop structures that he writes in are front and centre.

Ultimately what Only Magic reinforces is that, shorn to just a couple of backing elements, Sanders’ talent for writing melodies that can subtly tug at the heart and yet leave the listener in pieces is undeniable. Even when he does open things up or contorts things here and there it’s never at the expense of the song. Distant Light sounds relatively dense compared to the rest of the record, with its multi-tracked vocals, organ accompaniment and scattering of percussive clicks and claps; but there’s still room for each element to breathe and move in its own space around the central melody. Closing track Fly For A While, meanwhile, shifts towards subby synths and vocal manipulation without obscuring the song’s emotional pull. This gentle push and pull is a constant throughout Only Magic. It’s a record that sets strict boundaries around minimalism and then strains to do as much as it can within them. It didn’t come easy.

“Making this record really took something out of me; I feel like I might have put too much into it” Sanders admits. “But it’s not a sadness that I hear listening back, just more like a kind of deep blue happiness.” We couldn’t put it better ourselves.