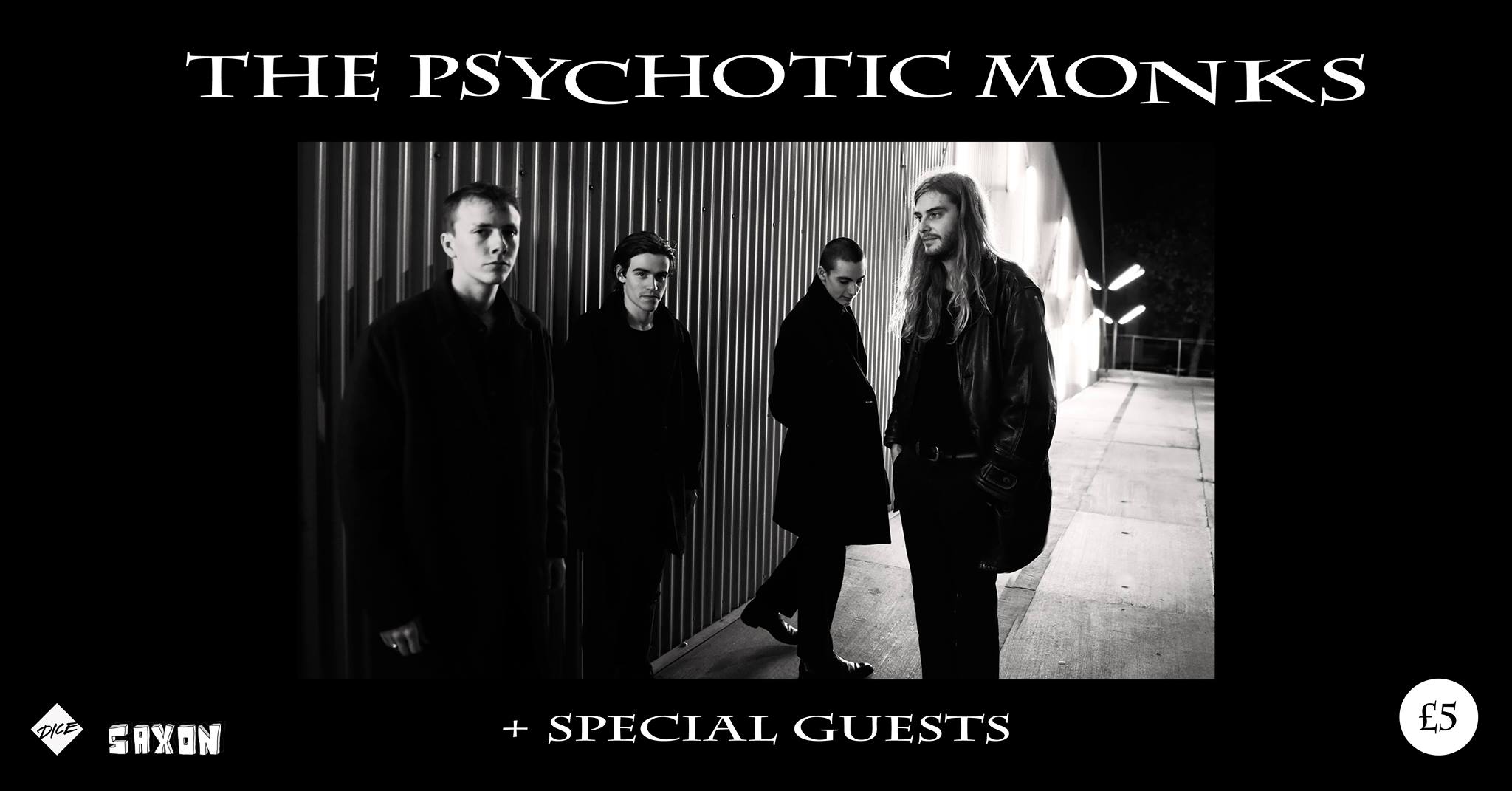 
Psychotic Monks, The Psychotic Monks After absolutely filling The Shacklewell Arms to the brim, to the point where some unlucky souls couldn't enter. The Psychotic Monks are back for a big heavy wallop of a headline show at The Lexington!
Get ready for the rock tremors of The Psychotic Monks, these four French musicians spew out saturated riffs and chaotic compositions. Stuck between a black psychedelism, materialised by waves of synths and heavy riffs reminiscent of some groups of the industrial electro scene. In a noise as foggy as disturbing. Their first album, Silence Slowly And Madly Shines, is a gem of unhealthy garage-rock and neo-psychadelic goodness.

Cannibal Animal In a dank sub zero rathole of a practice space in the city of culture AKA Hull, there’s four grimy scientists cum musicians who seem to have developed some kind of energy trader machine. It stands about 10 feet tall, takes up half the room and is powered solely by out of date cans of Holsten Pils. The magical thing about this 80s sci fi horror contraption of a machine is that rather than spew out weirdo Jeff Goldblum/human fly things it actually does a terrific job of converting footage and recordings of football riots into some of the most exciting, riff packed noise rock and post punk from the north of england. The doctors? Hull’s finest Cannibal Animal

MEAT If you haven't experienced the Wick wrath of MEAT yet then you need to make sure you get down early for this. + DEAD BOYS DISCO DJs
https://www.facebook.com/events/748531672215092/