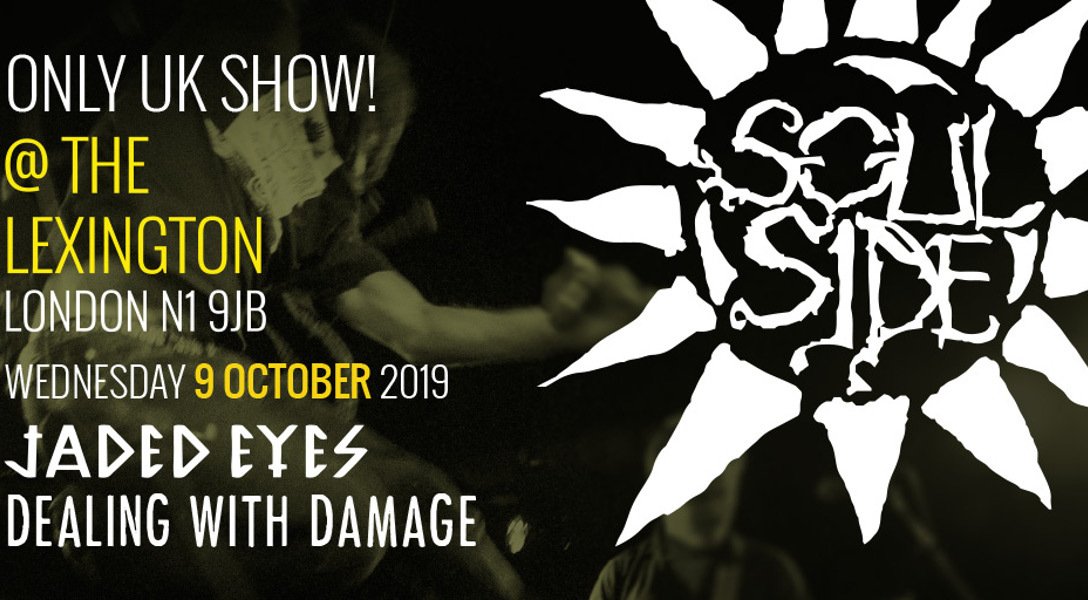 Soulside was the 1st independent band to tour the East Block in Europe while the Berlin Wall was still standing. "A formidable punk band of its time, Soul Side was an important band in the 1980s Washington D.C. punk scene because it was the missing link between the lyrically advanced, but musically straightforward emo-core of bands like Rites of Spring and the sonic complexities of Fugazi. Comprised of Alexis Fleisig on drums, Bobby Sullivan on vocals, Scott McCloud on guitar, and Johnny Temple on bass, the band mixed politically conscious lyrics with a brand of punk that featured tempo changes, Sonic Youth-inspired guitar dissonance, and some very hushed moments. When Soul Side broke up, Janney, Fleisig, McCloud, and Temple turned their side project, Girls Against Boys, into a full-time band and packed up and moved to New York. Bobby Sullivan went on to join a number of bands, including Seven League Boots, Rain Like the Sound of Trains, and the Sevens." ~ Kembrew McLeod, Rovi

Jaded Eyes - The Leeds band features members who have been active in the punk scene for many years, in bands such as VOORHEES, THE HORROR, JOHN HOLMES, DEAD PETS, SEX MANIACS, GEOFFREY OI!COTT and many many more.

Following on from their amazing live shows and killer reviews for their debut “Gods And Monsters” album back in 2013, the band have continued to impress, sharing a collective love of the Dischord sounds of the likes of DAG NASTY and GOVERNMENT ISSUE and mixing them with the home grown UK guitar driven punk sounds of the likes of THE RUTS, THE DAMNED and HDQ

Dealing With Damage, spearheading the NWOBHC movement despite containing people who spearheaded the UKHC movement in the first place, bring the head-holding hardcore.